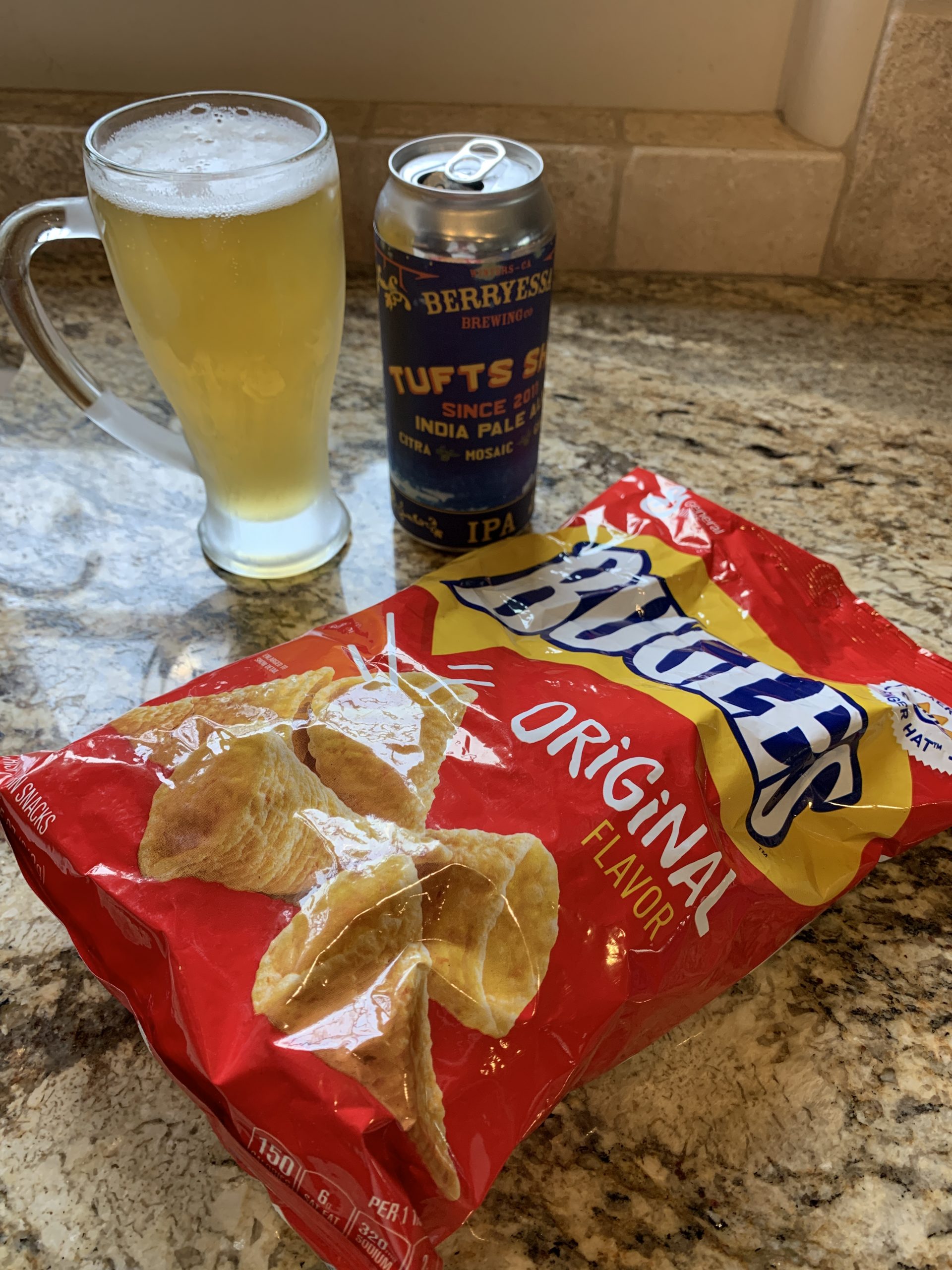 Don’t judge. Tonight’s dinner was a tasty Tufts Ship IPA from Berryessa Brewing, Bugles, and homemade ice cream and maybe not in the order. =)

The homemade ic cream was made from a box of vanilla pudding that never solidified (or pudd-ified?) probably because I used rice milk. Either way, I dumped the liquid pudding into to my ice cream maker and made a quick batch of vanilla ice cream! We swirled in some homemade peach puree for extra decadence.

Thanks for stopping by! Our current stay-at-home situation has given me the opportunity to do a lot of cooking. Please enjoy these simple family-friendly dinner ideas as I share them from my heart to your plate.
About Suzanne
Searching is in progress